Red Velvet makes anything better right? We might be a little biased but being huge fans of the Red Velvet Frappuccino and Cinnamon Roll Frappuccinos ourselves, it’s a given that this Frappuccino would become a fast favorite around here as well.

Thanks to Brittany and Alexis for sending this recipe idea in! If you have a favorite secret Starbucks recipe you’d like to share, send it in to StarbucksSecretMenu [at] gmail.com and it could be featured on the site! 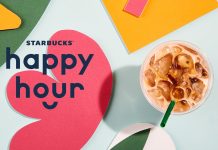 Starbucks Happy Hour 2018 | Half Off Any Frappuccino 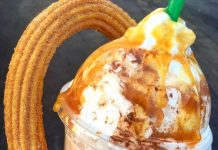 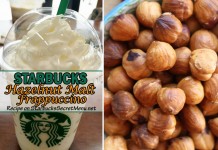 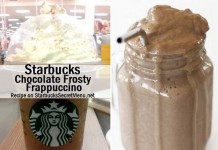 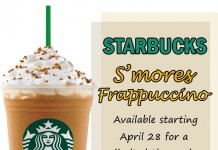 SEND US A DRINK!

Have a favorite drink we haven’t posted? Email us at starbuckssecretmenu [at] gmail.com and we’ll add it to the site. Attach a photo if you have one!

IMPORTANT KNOW HOW FOR ORDERING A SECRET BEVERAGE

1. Find the drink you would like to try and note the recipe, not just the name.

2. The most important thing to remember when ordering a secret menu drink is that not all Baristas are familiar with the drink names. Order by recipe.

3. Depending on what drink you're ordering and what add-ins there are, be prepared for extra costs. Additions such as bananas will bring your total up, but remember that paying with a registered Starbucks card or with the Starbucks mobile app will earn you stars towards free rewards.

© Starbucks Secret Menu 2019. This is a fan-run website and is not affiliated with Starbucks.com or The Starbucks Corporation. We are not employed or compensated
by them to publish content found on this site. We simply love their drinks!